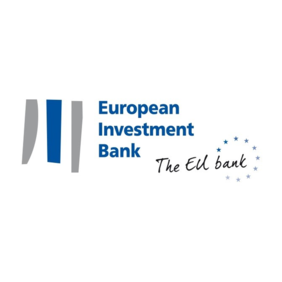 Luxembourg – The Green for Growth Fund (GGF), an impact investment fund advised by Finance in Motion, has attracted EUR 4 million in dedicated funding from the initiative Climate Action in the Middle East North Africa (CAMENA). Combined with EUR 5 million in support from the European Investment Bank (EIB) through the Luxembourg-EIB Climate Finance Platform in 2018, the GGF has increased its capacity to leverage further private investments for green lending in the region.

The GGF is providing a senior loan of EUR 9 million to the project as a B lender to the Dutch development bank FMO, who is lead arranger and A lender to the transaction. The financing is also supported by the Norwegian Export Credit Agency, GIEK.

GGF Chairman Olaf Zymelka said: “This project is a perfect fit for GGF. Estimations are that the total technically feasible potential of renewable energy sources in Ukraine is 69 million tons of oil equivalent per annum. This potential is still largely untapped. We are proud to support Ukraine to lift this potential and move towards a cleaner energy future.”

Carrie Walczak, Head of Project Finance at GGF advisor Finance in Motion, added: “The solar power plant is predicted to produce more than 56,000 MWH of energy annually. Not only does the project fit GGF’s mandate of promoting renewable energy but will help Ukraine increase its capacity to generate clean energy and achieve their target by 2035.”Created with the support of the U.K. Department for International Development, CAMENA is managed by the EIB as an initiative to help countries in the Southern Mediterranean fight climate change by funding targeted climate initiatives and vehicles, like the GGF. The EIB is also supporting the GGF’s efforts to drive climate action by providing additional funding through the Luxembourg-EIB Climate Finance Platform. The investments will be used to strengthen the GGF’s “C-shares”, a special risk-absorbing layer that enables the fund to attract private capital – which is crucial for channeling higher volumes of investment to achieve maximum impact.

The GGF has seen remarkable growth in its MENA investment portfolio, which increased by over 50% in volume in 2018 to cross the EUR 133 million mark. The GGF leverages public and private capital to fund pioneering green energy initiatives such as the Phoenix 50MW sub-project of the Benban Solar Park in Egypt, the largest solar farm in the world.

“As a co-initiator of the GGF, EIB has been instrumental in supporting green energy initiatives in the MENA region through their trust funds. We value partners like the EIB, whose contributions absorb market risks so as to attract additional private investments, thus helping to make green finance mainstream,” said GGF Chairman Olaf Zymelka. “These kinds of initiatives enable funds like the GGF to become a testament to the power public capital can wield in engaging private capital,” he added.

“Mobilizing private finance for climate action projects in the MENA region is a key priority for the EU bank.  That is why I am very pleased that we have finalised this investment in the Green for Growth Fund. We believe this support is an important signal of confidence in the fund’s potential. We expect that our commitment, which is strengthening the special risk-absorbing layer of the fund, will attract additional finance from the private sector to support transformative green energy projects in the region,” said Barbara Boos, head of the Infrastructure Funds and Climate Action division of the EIB.

Lloyd Stevens, Director at GGF advisor Finance in Motion, added: “The MENA region is highly susceptible to climate change on account of its water scarcity, high dependence on climate-sensitive agriculture, and concentration of population and economic activity in urban coastal zones. Therefore, we consider it crucial for the GGF to have a positive environmental impact in the region by promoting energy and resource efficiency, and the development of renewable energy sources.”

The GGF helps reduce the use of energy and resources and prevent CO2 emissions. It pursues this goal by providing dedicated financing to businesses and households across 19 markets in the Southeast Europe Region including Turkey, the European Neighborhood Region-East, and the Middle East and North Africa.   By using a blended finance structure and working through local partner institutions, the GGF is able to raise awareness and implement green finance activities. The fund combines its financial offering with tailored technical assistance that helps build capacity and which brings energy efficiency measures, renewable energy, and improved resource management toward the mainstream. In addition, by managing the environmental and social (E&S) risks associated with its investments, the fund sets standards for its partners and supports them to enhance their own E&S management systems, as required.

The GGF was initiated as a public-private partnership in December 2009 by Germany’s KfW Development Bank and the European Investment Bank, with financial support from the European Commission, the German Federal Ministry for Economic Cooperation and Development, the European Bank for Reconstruction and Development, and the Austrian Development Bank (OeEB). The fund’s growing investor base comprises donor agencies, international financial institutions and institutional private investors, including the International Finance Corporation, the Dutch development bank FMO, and the German ethical bank GLS. The GGF is advised by Finance in Motion GmbH. MACS Management & Consulting Services GmbH, Frankfurt am Main acts as the technical advisor.

The European Investment Bank is the long-term lending institution of the European Union and is owned by the EU Member States. It makes long-term finance available for sound investment in order to contribute towards EU policy goals both in Europe and beyond. The EIB is active in around 160 countries. With USD 100bn of climate-related investment committed in the 5 years up to 2020 in support of the Paris Agreement, the EU Bank is among the world’s largest financiers of climate action and the environment.

Climate Action in the Middle East North Africa (CAMENA) is a climate action envelope within the Facility for Euro-Mediterranean Investment and Partnership Trust Fund (FEMIP Trust Fund), managed by the European Investment Bank (EIB). Its purpose is to help Mediterranean Partner Countries to fight climate change by providing grants targeted at specific climate initiatives, such as:  identifying, catalyzing and preparing climate action investment projects that could subsequently benefit from EIB financing; and funding actions to improve the enabling environment in relation to climate investments among public and private institutions.
Grant support can be used to finance:

The CAMENA envelope was created on the initiative and with the exclusive support of the UK Department for International Development (DFID), which contributed GBP 15m for a four-year period (2015-2018).